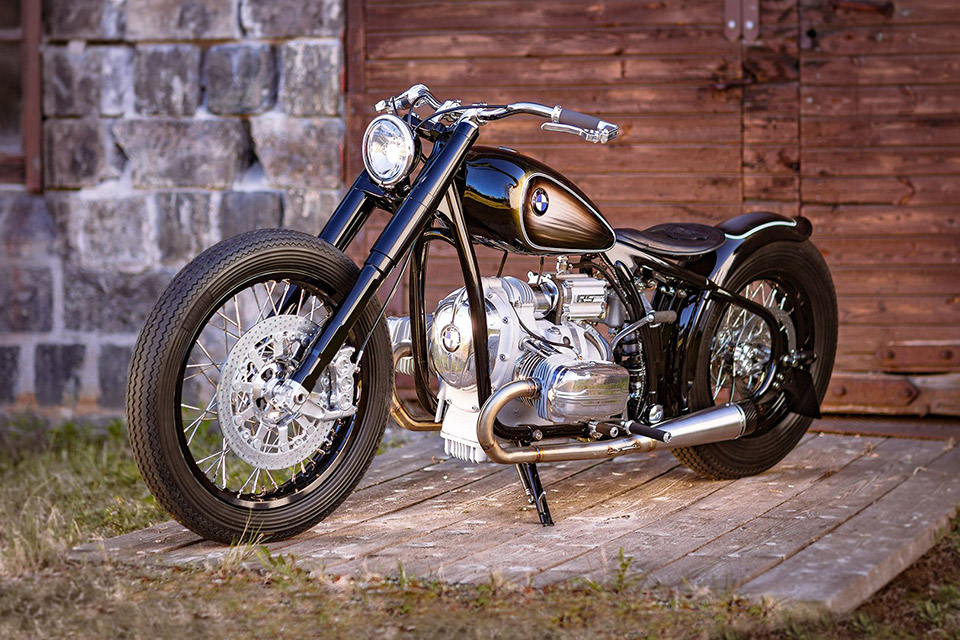 BMW does the heritage thing exceptionally well, and that’s evident in this two-wheeled masterwork. It has all the hallmarks of BMW’s most classic motorcycle designs, including a steel cradle frame, a twin-cylinder boxer engine and shaft drive.

“The BMW Motorrad Concept R18 is a response to the growing need among the motorcycling community: instead of technology, the focus here is on simplification, authenticity and transparency,” said Edgar Heinrich, head of BMW Motorrad design. “We have a rich history of iconic motorcycles, and they all bear the same design characteristics. We believe that this can still work well together today with the current technology.”

That twin-cylinder boxer engine is special – a massive 1.8 litres of displacement.

The bike’s unique stance is reminiscent of BMW’s earliest models and the 1920’s. The R18 concept’s front wheel is a colossal 21-inches, while the rear wheel size is 18 inches.

Other unique touches are the exposed chrome-plated driveshaft and the fuel tank is reminiscent of BMW’s early R-series bikes, with its sleek, teardrop shape and unique paintwork.

Following the success of its heritage motorcycles, speculation was rife as to where BMW would go next with the range. Now we know there is a production version of the R18 set to come out in the latter half of 2020. We can’t wait.

previous post: KTM LAUNCHES ELECTRIC MINI FOR 2020
next post: PROCYCLES WILL TRADE YOUR DIRT BIKE FOR AN UPGRADE