Anyone Remember the Jetsons?

You are here: Home › Anyone Remember the Jetsons? 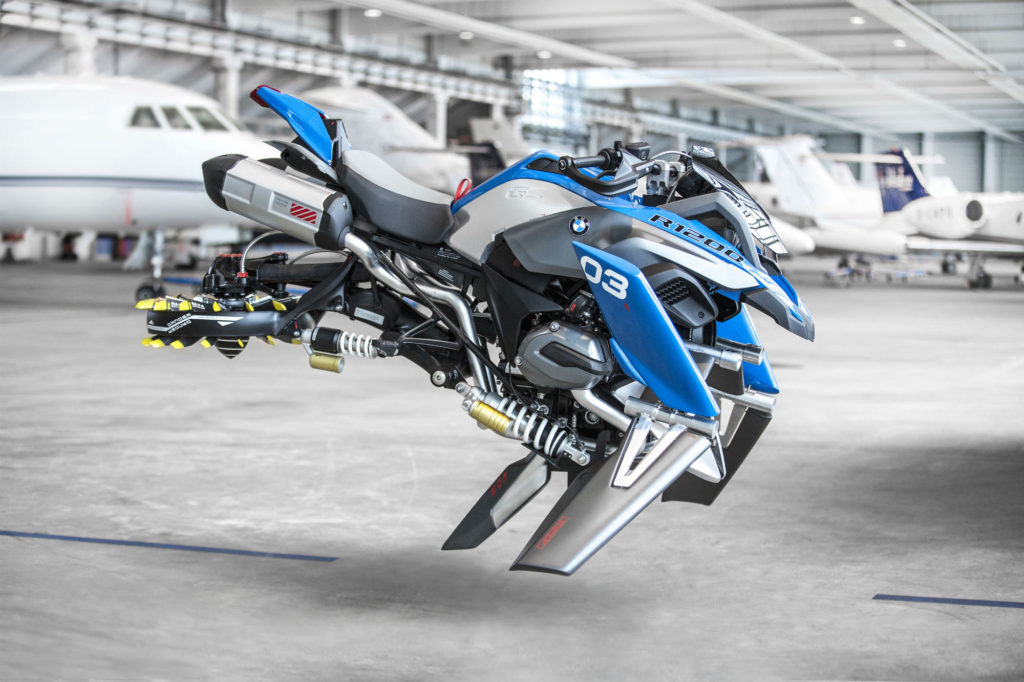 We all grew up with Lego (if you didnâ€™t, you have our sympathies; there are probably support groups available to help)

Â As an engineering exercise, BMW has asked a bunch of its trainees to create a life-sized version of the alternate model that can be built using Legoâ€™s R1200GS kit. In the case of the 603-part BMW R1200GS Lego kit, the alternate model is a futuristic hover bike.

The full-sized version comes from the BMW Junior Company, a training arm of the BMW group. Students used components from real BMWs to build a replica of the Lego hover bike.

â€œIt was a great idea and a superb creative challenge to develop a fictitious model from the parts of the Lego Technic BMW R1200GS Adventure set,â€ said Alexander Buckan, head of BMW Motorrad Vehicle Design.

â€œOur concept not only incorporates the BMW Motorrad design DNA, with typical elements such as the boxer engine and the characteristic GS silhouette, it also draws on the Lego Technic stylistic idiom.â€

Whatâ€™s the point? From a training perspective it gave the students a chance to fabricate something completely new.

Markus Kollmannsperger, trainer for technical model-making, said: â€œIt was incredibly inspiring to see colleagues from different disciplines working with our trainees. Everyone involved in this project learned an awful lot.â€

Unfortunately, it doesnâ€™t actually fly, and you wonâ€™t be able to buy one.